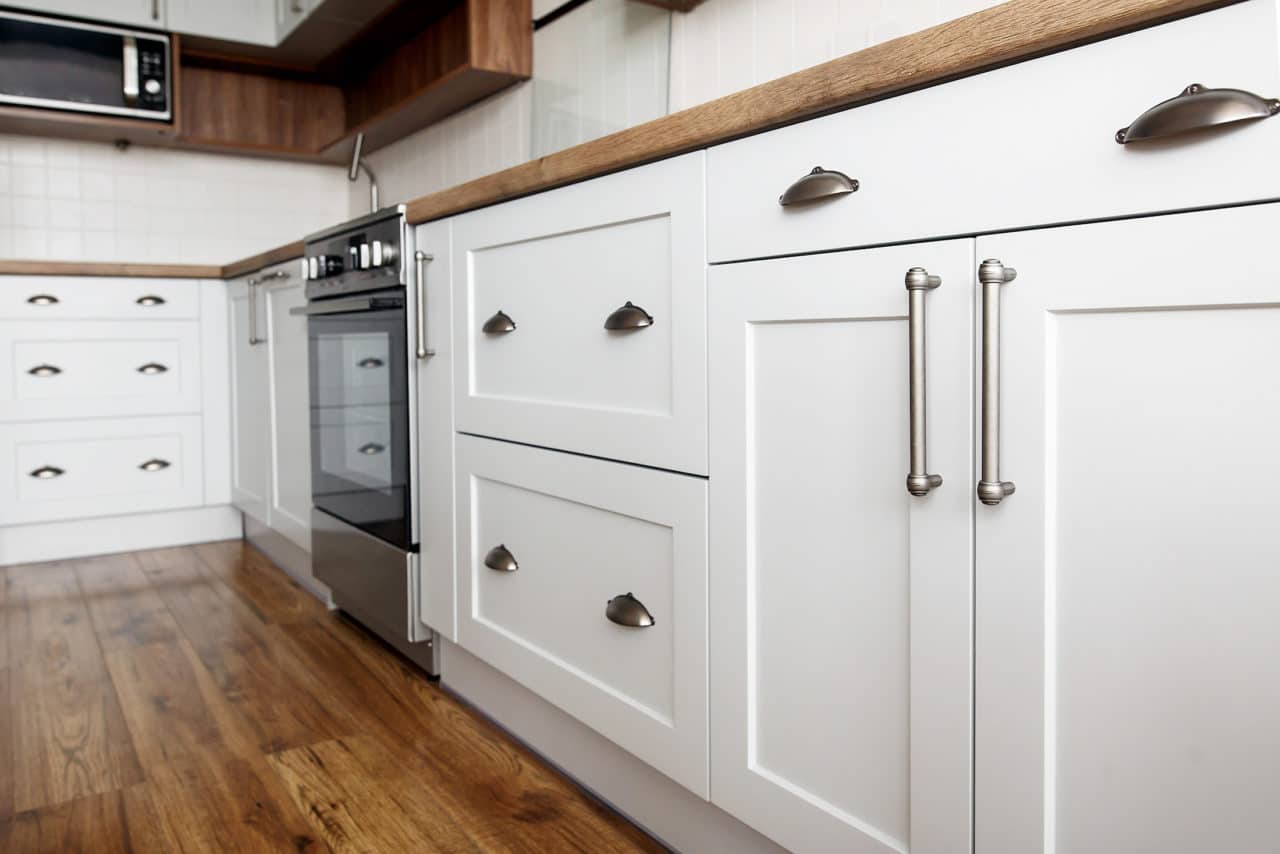 We see that classic panelling, those eye-catching indentations, and that less-is-more design, and we instantly know that we’re looking at Shaker-style furniture. The characteristics and qualities of this traditional American design are loved the world over. But where did the Shaker story really begin?

The story of Shaker-style furniture begins back in the 1700s, when a radical religious sect called The United Society of Believers in Christ’s Second Appearing emigrated from England to the east coast of America to practice communal living. They earned themselves the nickname ‘The Shaking Quakers’ – shortened to ‘Shakers’ – for their rather energetic style of worship, which would see them dance or shake vigorously. According to the Shakers, their movements were being influenced by the power of God.

But shaking wasn’t the only form of worship the Shakers practised. They also believed in demonstrating loyalty, and following through with hard work, labour, and craftsmanship, and became a largely self-sufficient community. They became masters of agriculture, construction, and woodwork, and designed what has become one of the most popular styles of furniture found in homes today. That’s right, Shaker-style.

Today, homes are adorned with all sorts of Shaker-inspired furniture. These include Shaker-style chairs, cupboards, benches, and cabinets, as well as tables, sideboards, chests, and even Shaker-style kitchen doors.

The Seven Deadly Sins were of huge importance to the Shakers, especially the sin of pride. They believed that anything overly pretentious or intricate was a symbol of pride. They strived to create furniture that was visually appealing, but without the ornate decoration that was becoming popular in America.

Elaborate and embellished designs were popping up at the same time – like the new Georgian style inspired by the English Renaissance period. But the Shakers used inexpensive local woods, careful carving, aesthetic indentations, panelling, and concealed joinery to make a statement. Their furniture was rooted in style, simplicity, and functionality – all the things a lot of us look for today.

There were more than 6000 Shakers at the height of the sect’s popularity, living in 18 communities stretching from Maine to Kentucky. The last remaining community stopped accepting new members back in 1961. By 2017, it was believed there were just two Shakers left in the world.

Authentic Shaker furniture crafted by members of the community itself is no longer produced, making the real thing something of a rarity. Much of it is owned by international collectors, or has been donated to dedicated exhibitions. You can see some real Shaker furniture at the American Museum in Bath.

But the good news is that many designers have been inspired by the design, and furniture influenced by this historic trend can easily be found today from leading suppliers, like us here at Just Kitchen Doors.

Shaker-style furniture has stood the test of time because it works really well in any home. Its lack of fussiness and busyness allows it to blend effortlessly with any sort of existing decor. This makes it a fantastic all-rounder for pretty much any space. It’s particularly beautiful in smaller homes, offering a stunning and eye-catching design without the cumbersome detailing that can look out of place in smaller areas

Top Tips for Making the Most of a Cosy Kitchen

5 Ways to Sell Your House Faster